5 Sleep Habits Will Make You Ugly, Change It Quickly!

In my mind, the best thing in the world is probably sleep. But bad sleep habits may affect your appearance, let’s look at what specifically it is

Sleeping With Lights on May Make You Fat?

NIH scientists conducted a 5.7-year follow-up of 43,722 healthy women aged 35 to 74 in the United States and Puerto Rico and found that women who slept with the lights on or with the TV on had a 17% higher risk of gaining more than 5kg compared to women who slept in the dark, while the risk of obesity and sudden overweight was increased by 22% and 33%.

To further validate this conclusion, the researchers adjusted the respondents’ diet, sleep duration, sleep quality, exercise habits and other factors, and found that the association remained strong. And, no matter how much these women weighed at the beginning, as long as they slept with artificial light, the risk of weight gain was increased.

Looking at the “layers” gradually appearing on my stomach, I couldn’t help but sigh, not just sleep with the light on, how can it still affect my weight?

The presence of light is indeed a disadvantage for sleep, because light may interrupt the sleep process, thus reducing the time and quality. If the quality of sleep is often poor, the body’s leptin secretion will also be reduced, making people feel more hungry, especially want to eat high-calorie food, and thus the weight may go up.

In addition, light exposure will also reduce the secretion of melatonin in the body. When it comes to melatonin, you are certainly no stranger to it, have not you ever had a pill or two at night when you can not sleep?

Since light will reduce the secretion of melatonin, it would be good to have a supplemental melatonin every night? Don’t do this, melatonin is not suitable for everyone to take, and long-term supplementation of exogenous melatonin will cause the body melatonin synthesis and secretion dysfunction ah.

In fact, the study on the impact of artificial light on weight is not the only one mentioned earlier, once, the Japanese and British teams did a similar study, the results also found that the risk of obesity is significantly higher in people exposed to artificial light at night.

What about people who are afraid of the dark and fat? Exposure to artificial light at night and obesity does have a correlation, but not absolute causality, so there is no need to panic too much. The most important thing is to develop healthy habits, a balanced diet, and keep exercising.

Small Habits of Sleep That Threaten Health and Face

Sleeping With Your Mouth Open

Sleeping with your mouth open for a long time, the most intuitive impact on the human body may be to change the face, which can seriously cause facial development deformities, even if you are a natural beauty, the value of the face will have to lose a few points

Under normal circumstances, the nose is the main organ that takes up human breathing. When nasal breathing, the lips are closed, the teeth are lightly closed, and the tongue naturally rests on the upper jaw. A small movement of the tongue is an important force in human facial development and tooth alignment. If you open your mouth to breathe, your tongue cannot be in the correct position, which may cause conditions such as buck teeth, receding jaws and forward cervical vertebrae, and may also bring about a series of chain reactions such as respiratory discomfort.

Nasal hair can filter out the fine particles in the air, the nasal tract is moist and has the effect of heating and humidification, the human organ has its own role, the mouth plays a far less professional role in the process of human breathing than the nose.

Airborne germs, particles, etc. less obstructive barrier, fanfare directly from the mouth to the throat, and even directly inhaled into the lungs, may induce oral diseases and respiratory diseases. In addition, sleeping with the mouth open for a long time will accelerate the loss of water in the body, but also may lead to gum and mucous membrane and even respiratory lesions because of the direct stimulation of the air.

If you have the habit of sleeping with your mouth open, you must have the awareness of adjusting it, along with lip and cheek muscle training, i.e. repeatedly holding a piece of cardboard with your upper and lower lips and quickly pulling it out, so that the lips can be naturally closed to turn to breathing through the nose. Of course, the fundamental problem lies mostly in poor airway, whether there is rhinitis or adenoid hypertrophy, it is best to promptly seek medical attention to identify.

Whether it is sleeping in bed at night, or tired when lying on the table for a simple nap, the arm pillow under the head is also a bad habit, which will not only affect blood circulation, easy to cause numbness and pain in the upper limbs, but also make the abdominal pressure rise, leading to reflux esophagitis, affecting digestive function.

Sleeping is something to pillow, but do not take your hand as a pillow ah.

Lying on Your Side

Generally medical science will be more recommended to sleep on the right side. In this state, the limbs are naturally bent, the heart is not compressed in a high position, but also conducive to maintaining the normal physiological curve of the spine, reduce the pressure on the back and neck, and reduce the phenomenon of sleep apnea.

But it also has disadvantages. On the one hand, side lying may cause sleep wrinkles. As the facial skin will directly contact the pillow when lying on the side and be squeezed resulting in skin deformation, sleep wrinkles will be produced. On the other hand, side sleepers need to choose the right pillow, otherwise it will also increase the pressure on the spine.

So sleep can also change the direction of the side sleeper, do not let only one side of the face is squeezed, hope that both sides can be pressed evenly, pressure is not biased.

When it comes to sleeping, it’s important to mention a common – staying up late. I know that for most people, only the night is really at their disposal, but the body’s voice of protest can grow louder when pleasure is gained.

Perhaps reproductive damage and an increased risk of cardiovascular disease may seem far away, but memory loss and slow reactions can be slowly felt.

Not only that, there are many changes visible to the naked eye: once the head is a dense jungle, now gradually divided into a wide road; once the skin is not flawless, but also smooth and elastic, now gradually rough, acne also from time to time to come out to see the outside world. 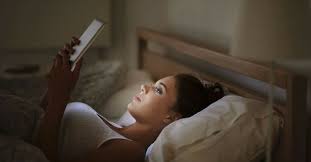 Then the question arises, when to sleep is not considered to stay up late?

Currently, the recommended sleep time is 11:30 p.m. to 7:30 p.m. the next day, but this varies from environment to environment and person to person. Some people are used to sleeping late and waking up late, such as going to bed at 2:00 pm and waking up at 10:00 am, which ensures the length of sleep, but it is difficult to circumvent the effects of light, sound and temperature on the quality of sleep, which may further affect the body’s circadian rhythm.

Although it is difficult to change overnight, but if you are willing to make a little effort, perhaps over time, you will reap the surprising changes, set yourself a small goal, for example, first from insisting on not staying up late for a month!